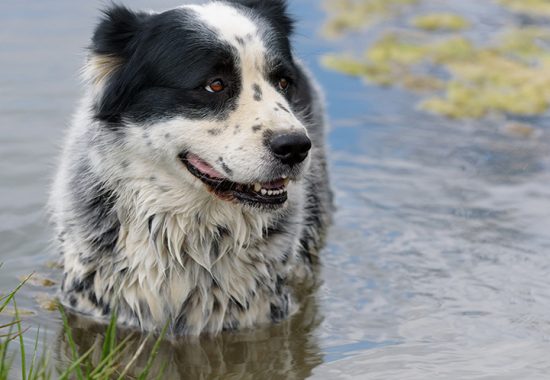 Thanks to so many generous supporters, we were able to share the great news in March that we raised enough money to send Spot to school to help him get over his anxiety issues that he had developed after being at the shelter so long. We have an even better update to share with you now! The facility found an awesome new forever human for Spot and they’ve sent in this adorable photo of him. They are now calling him Oreo. He is very loved and we couldn’t be happier and more grateful to you for helping!

His adopter is completely in love despite him chewing up a pair of $120 Louis Vuitton shoes…He is now on gourmet dog food that his new human COOKS for him! His new human is now calling him Oreo! He loves sleeping in the bed with his new human and pushing his human in the middle of the night just so he can get directly in the middle!  😊❤️ Oreo (formerly known as Spot) in his new forever home, on the bed with his toy! ♥